Have you heard about the recent very long podcast that J. Brown did with Karen Rain? Karen is one of the women that Pattahbi Jois sexually abused and I wrote about her in my post #MeToo and Yoga. Well, I actually listened to the whole thing! Because it is so long, I will summarize some of the points that stood out to me. But here it is in case you want to listen to it:

Now here are what I found to be the highlights of the discussion:

Finally, are you wondering, why is Nina writing about Patthabi Jois and sexual abuse again? In the podcast, Rain mentioned the problem of how sexual abuse accusations briefly get a lot of attention and then fade away, so that future students aren’t even aware of problems that were once reported about teachers. I’ve seen this play out in the SF Bay Area with Manouso Manos. In the 1991, the San Jose Mercury actually did an expose of him and his habit of molesting women in his classes during the 80s (see Betrayal of Trust”: 1991 Mercury News Investigation of Sexual Assault Allegations Against Manouso Manos). According to this article, B.K.S. Iyengar “asked the community to forgive Manos.” And it said that in October 1990, the S.F. institute’s board of directors voted to reinstate him.

Once Manos was reinstated, the story kind of faded away and women who were unfamiliar with the old accusations, like Ann West, who in 2013 was groped by Manos in a class, felt safe to study with him.

(By the way, one of the teachers who resigned from the SF Iyengar Institute faculty after that vote was my future main teacher, Donald Moyer. Donald later told us this entire story about Iyengar and Manouso during my teacher training.)

After hearing Karen Rain talk briefly about this problem, I wrote down on a piece of paper “We have to keep this topic alive.” So, in that spirit, I’m going to share a list of teachers who have been accused of sexual abuse some of whom there are stories about that are fading away: A List of Yoga Scandals Involving Gurus, Teachers, Students, Sex and Other Inappropriate Behaviour.

Do I know for sure that all the accusations in this list are true? No, I do not. However, while it is never the fault of a “victim” if they have been sexually abused—so I don’t want to imply that I blame anyone for studying with the wrong teacher—if you want to intentionally avoid predators or being part of a lineage that still venerates a predator, there are steps you can take. Vet your teachers in advance. Do some research. Ask teachers that you do respect for their honest assessments. Ask other students who have studied with the teacher in very frank terms. And if you do take a class and get any kind of icky feelings, no matter what kind of reputation that teacher might have, follow your intuition and leave!

The goal of yoga is Kaivalya, independency and not wrong devotion. —R. Sriram

Here are some other posts I’ve written on sexual abuse in the yoga world.

In my post Yoga Teachers Who Abuse Their Students I discussed the benefits of finally talking about these issues in the yoga community, both for the healing of individuals who experienced abuse and for making changes in institutions and communities to prevent future abuse.

In #MeToo with Names I discuss the KQED article about SF Bay Area teachers who are mentioned by name, Manouso Manos, Zubin Shroff, and Allan Nett.

In Yoga Nidra, Satyananda Saraswati, and Sexual Abuse I discuss the credible evidence that Satyananda as well as several of his disciples were involved in sexually abusing students and even children at the Bihar School of Yoga Ashram.

In Abuse of Power in the Yoga World I discuss the accusations against Kasthub Desikachar, and quote R. Sriram’s advice about the role of the teacher and the student and his recommendations about yoga the Viniyoga community should deal with Kasthub. 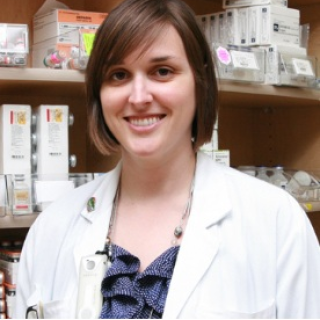 Quintine Fowler a Pharmacist. Quintine health in charge of dispensing prescription medications to patients and medical facilities. She has an extensive knowledge of chemistry and anatomy/physiology to determine if prescriptions will work well in a patient’s medical conditions and pre-existing drug uses.